The year that was: Wine news stories of 2020

A look back at Decanter news coverage in the past 12 months...


A look back at Decanter news coverage in the past 12 months...

Everyone will have their own perspective, but here is a month-by-month snapshot of Decanter’s wine news coverage in 2020.

Australia’s bushfires dominated headlines. Wine Australia said less than 1% of vineyard land lay in fire zones, but Henschke reported 1,100ha of vines in the northern Adelaide Hills damaged in late December, including 90% of its own 25ha Lenswood estate. Most of the vineyard would be back in production by 2022, it added in an April update.

Plans were revealed for a £60m wine cultural centre in Beijing, designed in partnership with Bordeaux’s Cité du Vin.

Despite tension, US officials continued 25% import tariffs on some European wines, from Rioja to Burgundy. Figures showed the tariffs had already curtailed shipments. Italian wines, unaffected by the EU-US trade dispute, only became more popular among fine wine buyers. Separately, there was excitement for the new-release Barolo 2016s.

As the Covid-19 crisis deepened, the list of cancelled events grew longer. Restaurants and bars were shuttered across Europe, while Napa Valley Vintners endorsed advice to close tasting rooms.

Wineries in the southern hemisphere made plans to manage harvest and 2020 wines amid restrictions. An early vintage helped some winemakers in Chile and Argentina. 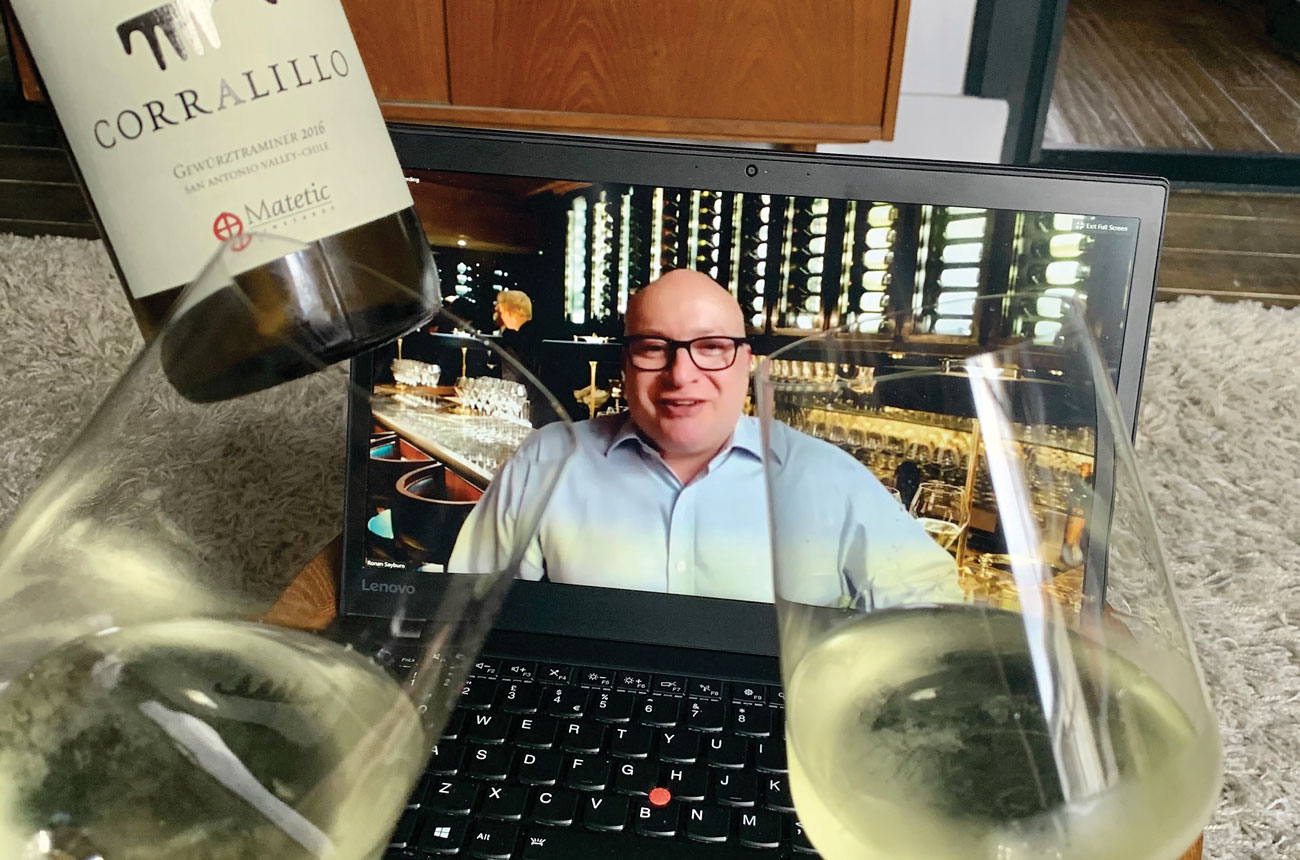 Things were especially tough for workers in the hospitality industry, and several top US restaurants sold their collections of rare wines to help pay staff.

See also: ‘Lockdown stories’ from winemakers around the world

Auctions had been forced online, but Sotheby’s said Scotch whisky and mature Bordeaux and Burgundy still attracted strong bidding. One Asia-based buyer paid £118,580 for a bottle of 1762 Gautier Cognac.

As limited dining out returned in some countries, Denmark’s two-star Michelin restaurant Noma said it would temporarily reopen as a wine and burger bar.

Pauillac châteaux Mouton Rothschild and Pontet-Canet 2019 were down by about 30% on their 2018 release price, ex-Bordeaux, in the delayed campaign.

In the US, reopened winery tasting rooms displayed a ‘new normal’, from face masks to extra outdoor seating and personal spittoons.

In other news, Ipswich-based company Frugalpac launched a novel wine bottle made mostly from recycled paperboard.

UK restaurants, pubs and wineries reopened to visitors. The government announced its ‘eat out to help out’ discount scheme, though it excluded wine from the offer.

Michel Reybier, owner of Château Cos d’Estournel in St-Estèphe, became the latest high-profile buyer of a Provence winery after acquiring Château La Mascaronne. Premium Provence rosé was in vogue, and pop star Kylie Minogue would announce a new brand in August. See a tasting note here.

Champagne suffered an ‘historic drop in shipments’ due to Covid-19, according to the Comité Champagne, which announced a strict limit on this year’s harvest size. Several producers went on to say that 2020 may form a rare ‘trilogy’ of top vintages with 2019 and 2018, however.

Winemakers across Europe noted a particularly early start to harvest, although there were concerns about stocks in some areas. Hail hit parts of lower-lying Valpolicella in north Italy.

In South Africa, wineries and restaurants launched a gift voucher scheme amid a ban on domestic alcohol sales.

Back in Italy, bars in Florence served socially distanced customers via medieval ‘wine windows’ once used during plague outbreaks. 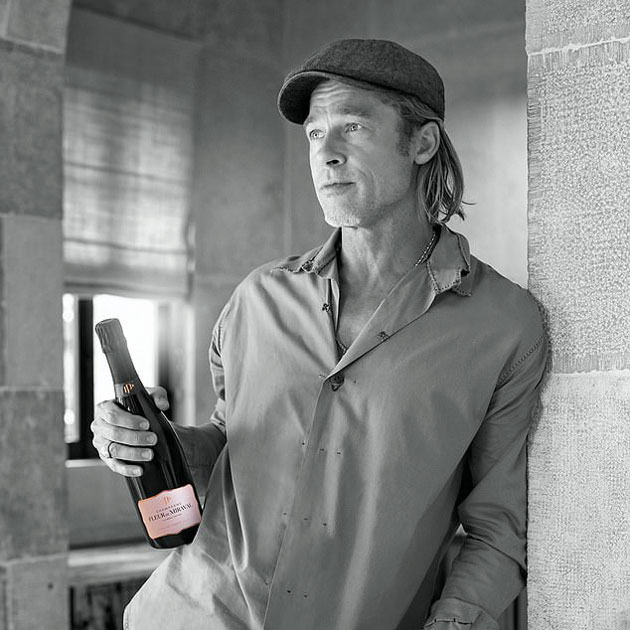 France’s national appellation body INAO approved 22 premier cru sites in Pouilly-Fuissé, a first for Burgundy’s Mâconnais area: look out for the wines from the 2020 vintage.

September also saw many international releases via the Place de Bordeaux, including 2017s from Masseto in Tuscany and Opus One in Napa Valley.

Wildfires on the west coast of the US had already cost lives, damaged property and raised smoke taint concerns when the Glass Fire ignited on 27 September. Active until 20 October, it damaged several Napa Valley wineries and many homes. Burgess Cellars, newly acquired by the Lawrence family and Carlton McCoy Jr MS, lost its winery, but the vineyards largely survived.

A rise in Covid-19 cases in several countries brought fresh restrictions, and more heartache for the hospitality sector.

In Bordeaux, Château Cantenac Brown offered a vision of sustainable design with plans for a new winery made from raw earth and reclaimed wood.

Trade disputes were again a hot topic, as China announced provisional import tariffs on Australian wine of between 107% and 212%. That may lead to some Penfolds wines being reallocated to other markets, said brand owner Treasury Wine Estates.

Will Joe Biden’s victory end US tariffs on some European wines? Some merchants were optimistic, but it’s early days and the president-elect’s to-do list is long.

Meanwhile, scientists in Denmark said ‘umami’ could be why Champagne and oysters taste so good together.

As 2020 drew to a close, concerns around Covid-19 remained high in many countries, despite new hope thanks to the emergence of vaccines. The UK introduced new tier-4 restrictions in some areas, including London, for instance.

On 17 December, trade body UK Hospitality repeated calls for more government support for businesses. ‘They can trade their way out of danger next year only if they are still around to do so,’ said the group’s CEO, Kate Nicholls.

In the US, the National Restaurant Association launched a campaign to promote gift cards as a way for diners to support outlets.

In a column for Decanter, wine writer and columnist Andrew Jefford reflected on the ‘jolts of 2020’.

This article appears in Decanter magazine’s January 2021 issue and has been published online with extra details covering November and December.

Decanter.com’s most read news stories of 2019