From the rugged charm of Puglia to the remote island of Pantelleria...


From the rugged charm of Puglia to the remote island of Pantelleria...

Tuscany tends to dominate the horizon when it comes to finding vineyard estates for sale in Italy, but there are also interesting options further south in the country.

Diletta Giorgolo Spinola, head of sales for central and southern Italy at Sotheby’s International Realty, recently told Decanter.com that Sicily was becoming an interesting area to watch for prospective vineyard property buyers, for example. Ever thought of trying to make wine on the volcanic soils of Mount Etna?

There are many different landscapes and wine styles to consider across southern Italy, of course.

Puglia, the region that stretches along the coast at the heel of Italy’s ‘boot’, has in the past been touted as the ‘new Tuscany’, although that perhaps does a disservice to the region’s own long history – including in wine production.

‘Puglia has had a thriving wine industry for centuries, always out-producing Tuscany and nearby Campania,’ as Adrian Mourby noted in his recent Decanter travel guide on the region.

Top grape varieties include Primitivo and Negroamaro, known for their fuller-bodied red wines.

On the opposite side of the country is an entirely different proposition; the steep slopes of the Amalfi coast need little introduction and can provide a stunning-if-challenging location on which to make wine.

A commercial wine project is not to be undertaken lightly, of course, but then other prospective buyers might envisage a ‘lifestyle’ or ‘hobby’ vineyard that can be tended more casually.

Here are some examples of different types of vineyard estates for sale at the higher end of the market, to provide some inspiration.

Organic winery and vineyard estate in Puglia, listed for €2.98m 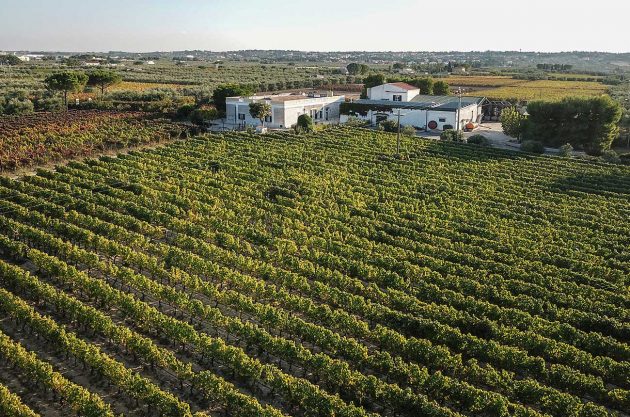 Lying near to Bari on the Murge plateau at 270 metres above sea level, this organic winery has working cellars in-place.

The estate is capable of producing 55,000 bottles of wine per year, according to the listing by Christie’s International Real Estate, in partnership with local agency Romolini.

There’s also a six-bedroom, 19th century villa from which to mastermind your wine project. The vineyards have been farmed organically since 2009 and were certified in 2016, according to the listing. 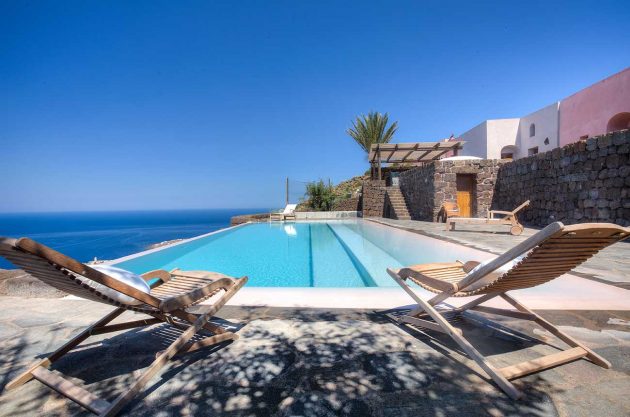 If you can tear yourself away from the infinity pool overlooking the Mediterranean then this property on the tiny island of Pantelleria also has 800 vines to tend as part of a small-scale hobby project.

There are also 250 olive trees and 100 caper plants, according to the listing by the Italy division of Sotheby’s International Realty – not to mention a nine-bedroom villa built into the landscape.

Pantelleria lies around 85km off the southern coast of mainland Italy and is home to a vine-growing technique that gained UNESCO World Heritage status in 2014.

The head-trained bush vines can be used to produce Passito di Pantelleria, a sweet wine made from dried ‘Zibibbo‘ grapes, also known as Muscat of Alexandria.

‘Agritourism’ estate with 30 hectares of land, listed for €2m 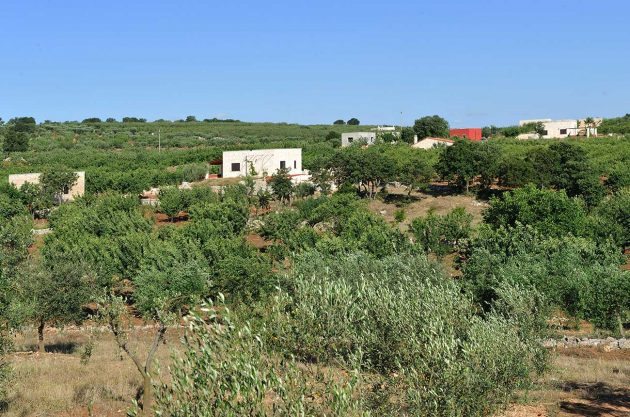 Back in the Puglia area and offering something completely different, this large estate in Castellana Grotte could be an interesting farming and tourism project.

There is a two-hectare vineyard with 7,500 vines. ‘Production consists of Primitivo di Gioia DOP e Aglianico dei Borbone, with a production ranging around 1,300 bottles of wine per year,’ said the listing by Christie’s International Real Estate, in partnership with Romolini.

There is a ‘private home’ and also seven holiday homes spread across the estate, which is 20 minutes by car from the coast, according to the listing. 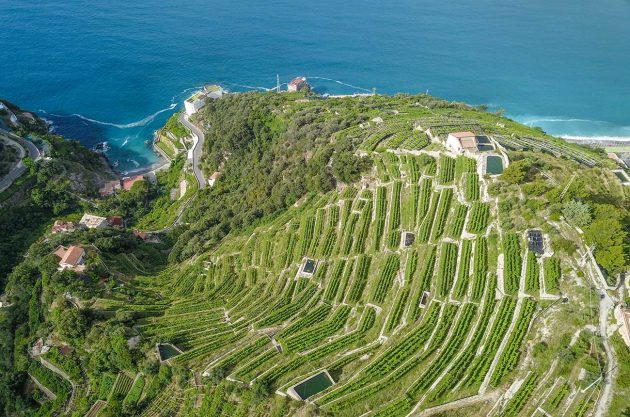 Not one for those suffering from vertigo, perhaps, but this organic winery built onto terraces on the slopes of the Amalfi Coast consists of six hectares of vines, plus two hectares each of olive and lemon groves.

Vineyards are south-east and south-west-facing and planted to Falanghina, Piedirosso, Biancolella, Ginestra, Aglianico and Tintore.

There are several buildings requiring restoration work, but the cellar is described as in excellent condition, according to the listing by Christie’s International Real Estate, in partnership with Romolini.

Alongside wine, the estate also makes Limoncello and a wild fennel liqueur.

Buying a vineyard in Tuscany: What are the options?